A little trip through time for fans of Korn

The Echter Nordhäuser traditional distillery, the only museum in Germany dedicated to the history of Korn, has developed over recent years into a living museum with much to see and experience.

If you believe the fairy tale by Ludwig Bechstein, schnapps was invented by the devil

Overpowered by a brave man, the devil had to swear on his grandmother's life that he would never again steal a poor soul. As if that wasn't enough, he was holed up in the hollowed-out trunk of a beech tree. There, out of sheer boredom, the devil came up with the art of distilling schnapps. And no sooner had he escaped than he travelled to Nordhausen, where he became a schnapps distiller and also showed the townsfolk how to make the spirit. There is no historical evidence for this story, but the fact that the city of Nordhausen became famous for its Korn way beyond Germany speaks volumes...

As early as 1507, just after America was discovered, a Nordhausen town clerk reported on the Korn spirit, which he called "distilled water"

So we know today that there was distilling in Nordhausen at the beginning of the 16th century. But even though the town council recognised back then that it was a fine wine and levied duty on it, the "Bornewynzins", no one could ever have guessed how popular Korn would actually become. At the end of the 16th century, the distilling industry was an extremely important economic factor for the city of Nordhausen.

The grain spirit from Nordhausen was growing in popularity.

But when the Thirty Years' War broke out in 1618, the distillery was unable to save Nordhausen's economic prosperity. There were also bad harvests, which led to shortages of rye and malt. Grain spirit became a rare commodity - but the distilling traditions were never forgotten.

When it was eventually possible to distill on a large scale again once the war was over, the enjoyment of grain spirit spread far and wide.

More laws are introduced in relation to Korn

In 1726, there were around 70 distilleries registered in Nordhausen.

The city sought greater control over distilling and bound distilling rights to citizenship and property.

Illegal distilling was now an offence, unprofitable small businesses had to close and the industry became more and more professional.

As the 18th century went on, regulations were tightened even more and distilleries were inspected every other day.

A council seal was affixed to all inspected casks and Nordhäuser Korn now finally stood for first-class quality.

In 1789, the first purity law was introduced for Korn,

which from then on had to be at least two-thirds made from rye with a maximum of one-third barley or malt.

At that time around 100 distilleries were recorded in the city.

19th century - the age of the railway

The Korn market expands, and there is a potato crisis

In the 19th century the market for the Nordhausen distilleries continued to expand,

not least due to the arrival of the railway. However, this expanding market also brought certain risks with it, as other distilleries were now trying to sell their inferior products under the Nordhäuser name.

As well as Korn distilling, potato distilling began to be established in Germany,

the product of which was significantly less expensive than the Korn spirit. In 1839 sales were plummeting so the Nordhausen master distillers developed new production techniques to extract more alcohol from the comparatively expensive grain. When "Korn flavouring" was invented after 1860, many distilleries began to mix their Korn spirit with potato spirit, lending it an artificial Korn flavour, and the Nordhäuser drinking brandy was "invented".

In the 1870s, grain prices fell again so distilleries reverted to traditional production.

The fine reputation of Nordhäuser Korn had been preserved through times of crisis. Chancellor of Germany, Otto von Bismarck, for instance, was among the loyal fans of the real Nordhäuser Korn.

The Korn distillery in the 20th century

1904 was a landmark year for the Nordhäuser distilleries, because that year almost all of them joined the "Vereinigung Nordhäuser Kornbranntwein-Fabrikanten e. V.", or Nordhausen association of Korn spirit distillers, to ensure better quality. Three years later, the 400th anniversary of the Nordhausen distilling tradition was celebrated.

The purity law for Korn was brought in in Germany in 1909.

Due to the First World War, distilling Korn was banned in 1915, and in 1917 the state confiscated the entire stocks of copper, gunmetal and bronze from the Korn distilleries for the armaments industry, and distilling came to an end.

After the war, production of spirit from grain was not allowed again until 1924. However, the economic depression of 1929 caused the number of distilleries to fall steadily in the period that followed.

Under the National Socialists, distilling Korn was again banned in 1936 and the distilleries were forced to produce industrial alcohol.

Since around 80% of the city of Nordhausen had been destroyed by the end of the Second World War, today's Nordbrand Nordhausen GmbH and the Echter Nordhäuser traditional distillery encompassed just nine distilleries which had survived the war and the bombing almost unscathed.

After the end of the war, the ban on distilling Korn was not lifted until 1954.

In communist East Germany, the VEB Nordbrand Nordhausen grew to become the largest producer of spirits and operated the largest grain distillery in Europe in the 1980s.

From the 1960s onwards, VEB Nordbrand Nordhausen was even exporting the Echter Nordhäuser Doppelkorn to the West.

In 1988, today's Echter Nordhäuser traditional distillery was taken over by VEB Nordbrand, with the aim of expanding it into the home of Nordhausen Korn distilling.

In this year Nordhausen also celebrates the city's 500-year old confirmed tradition with many events and festivals, but one thing has not changed:

As before, the Echter Nordhausen master Korn distillers continue to blend the famous and popular Korn specialties.

2020 - The Echter Nordhäuser traditional distillery places a 25-year-old Korn, matured in oak barrels, onto the market for the first time: the masterpiece.

In the same year, a new copper still is brought into service. This means the connoisseurs' meeting point of the Echter Nordhäuser remains a Korn museum and production facility at the same time.

Not just a living museum.

With its unrivalled character, an atmospheric mix of the collection of listed buildings and modern living museum, it provides a contemporary monument to the centuries-old tradition of distilling Korn in Nordhausen and growing grain in the Goldene Aue region - true to the motto: "From grain to Korn".

The Echter Nordhäuser traditional distillery is now more than just a living museum. Many cultural events have found their home here! In the museum shop, connoisseurs will also find a wide selection of Echter Nordhäuser varieties and in-house specialities, as well as numerous handmade, exclusive gift ideas! 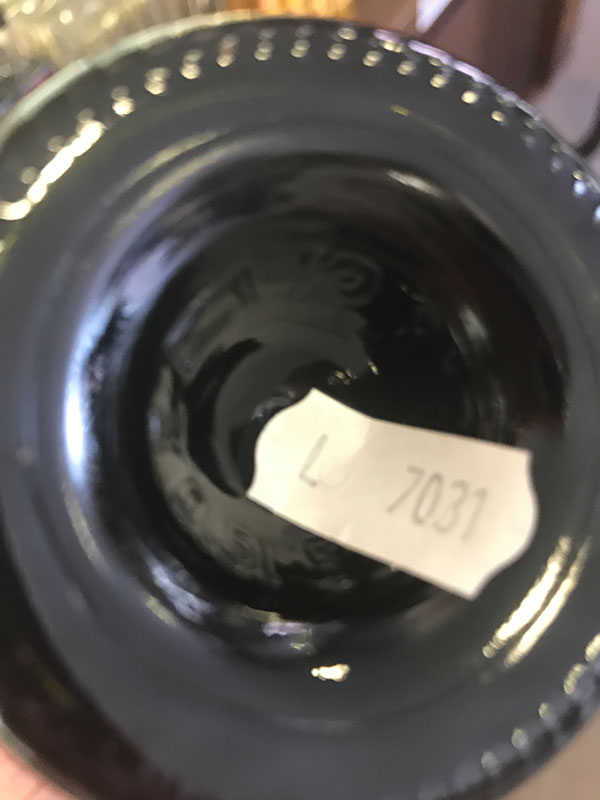